Flights from KSA to Europe cancelled 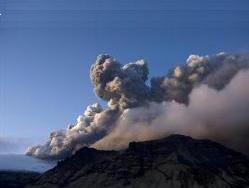 April 16- The ash clouds from a volcanic eruption in Iceland has affected the flight schedules of several airlines across Saudi Arabia playing to European destinations. As the clouds of ash and smoke from the volcanic eruption in Iceland moved south, scores of airlines suspended their flights on Thursday, the biggest cancellation of its kind since 9/11. All flights in and out of the UK and several other European countries were suspended from Thursday mid-day. London’s Heathrow airport was closed from noon on Thursday until Friday. All incoming flights have been diverted and outgoing flights canceled.

Meanwhile, Crown Prince Sultan, deputy premier and minister of defence and aviation, has issued directives to provide hotel accommodation for all Saudi passengers, who were unable to leave Britain. “Prince Sultan has issued orders to provide urgent accommodation to all stranded Saudis in London hotels at his own expense,” said Prince Muhammad bin Nawaf, ambassador of Saudi Arabia to the United Kingdom.
Meanwhile, airports in the UK and other parts of the continent closed at different times during the day for safety reasons. It was not clear when they will open again. Authorities have been reviewing the position of the cloud periodically.

Safety group Eurocontrol said the problem could persist for 48 hours. In Washington, the Federal Aviation Administration said it was working with airlines to try to reroute some flights around the huge ash cloud, which is hundreds of miles wide. Flights from Asia, Africa, the Middle East and Latin America to Heathrow and other top European hubs were also put on hold.

Masjid Juma was constructed on the place where the first Juma was performed by the Muslims in congregation. It remains closed for the entire week except for Fridays. So if your stay in Madinah extends to a Friday then definitely go out there and make your own luck.  ...

Built in the foothills of Jebel Hafeet, the second tallest mountain in the UAE, is the Middle East’s first manmade white-water rafting, kayaking and surfing facility. The park has three world class kayaking channel networks, with a total length of 1,133m. It also has a surf pool capable of making 3.3 meter high waves every 90 seconds, a rope course, climbing wall and zip line, along with food a...