Etihad to increase flights to China

May 26 - Etihad Airways will add more flights from Abu Dhabi to Beijing and will launch new routes into China, it was learnt on Tuesday. In this regard, the airline’s officials are meeting Chinese civil aviation authority representatives today to discuss the expansion plans, which include upgrading the five-times-a-week Beijing service to a daily route.

The airline also hopes to launch a service to Shanghai late next year or early in 2012, and is also considering flights to Guangzhou. “We are very bullish about the future of our operation and penetration into the Chinese market, but we are only six years old. It’s been a pragmatic and careful building by getting the right connectivity to the hub in Abu Dhabi to transfer traffic efficiently,” said James Hogan, the airline’s Chief Executive Officer.

He added that the Beijing route has been doing well with 81 per cent of seats filled so far this year. 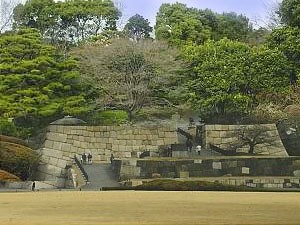 This is one of Tokyo’s most gorgeous gardens. It is located near the Imperial Palace and spread across over 50 acres of land. Traditionally known as Higashi Gyoen, the garden looks splendid when cherry blossoms, irises and other beautiful flowers and trees are in full bloom. Like other traditional Japanese gardens; ponds, cobblestone pathways, winding tracks dot the garden. Honmaru or the inner ci... 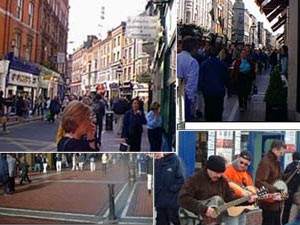 Grafton Street is one of two pedestrian shopping avenues in central Dublin (along with Henry Street).  It runs from the northwest corner of Saint Stephen's Green to the west side of Trinity College.  Though Henry Street receives more visitors, Grafton Street has more upscale retailers.  This is one of the most expensive commercial streets in the world. Street performers, called...