May 4 - Etihad Airways hopes that passenger traffic will hit seven million this year as compared to 6.3 million in 2009, said Chief Executive Officer James Hogan yesterday. "As we approached the first quarter of 2010, passenger numbers grew by more than 11 per cent, with growth in our first class and business class. We witnessed success with our Abu Dhabi, London and Frankfurt lounges, and expect profitability in our upcoming lounges that will progressively roll out in Dublin and Manchester," he added.

Despite the recession last year, Etihad’s passenger traffic rose from six million to 6.3 million last year while revenues were more $3 billion. As for the future, said Hogan, the focus will be on maturing the brand, improving performance and expanding the network. The aim is to break even by 2011, he added. 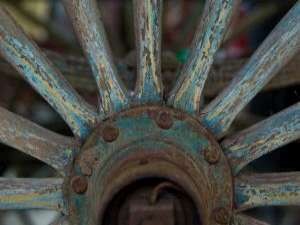 This museum is larger than any other museum in Geneva. The Art and History Museum chronicles and catalogues a comprehensive study of western culture, from ancient to modern times, including current issues. It contains in its collection over one million pieces, classified into three separate wings of the buildings. The Archeology wing houses relics from ancient Egyptian, Greek and Roman civilizatio...