Etihad Airways will increase its number of flights to Dublin to ten per week beginning in March 2010.  This represents a 150 percent increase since the carrier launched service to Dublin in July 2007, with four flights a week.  Etihad increased this to a daily service in March 2008.    James Hogan, Etihad Airway’s CEO said “Dublin has been one of our most successful ever destination launches, with more than 300,000 people flying on these services since launch and an average seat factor of 80 percent.”

Etihad is planning to open a new lounge at Dublin Airport in 2010.  Abu Dhabi based Etihad Airways flies to more than 58 destinations in the Middle East, Europe, North America, Africa, and Asia. 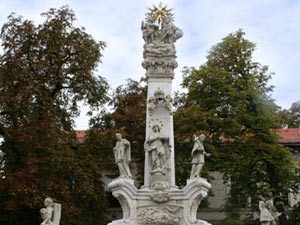 Be prepared for lengthy and detailed descriptions from the staff at this museum as they are very proud of their collection! Put together by a wealthy ethnographer, a lot of the pottery is from Mezotur near the Tisa River but there are some Transylvanian furniture and textiles on display too. Address: III Fo ter 4 Tel: 366 1138 Times: Tue-Fri 2-6pm, Sat and Sun from 10am Prices: adult/chi...

This theatre was built in the fifth century BCE and to accommodate the dramatists of the time. Famous plays such as Oedipus Rex written by Sophocles were performed here, among others by Greece’s most famous poets (including Aeschylus, Aristophanes and Euripides). The audience was seated on two types of seats depending on their rank, with the more privileged citizenry sitting in sections made of Pe...