Etihad Airways announced several key appointments in Japan as it prepares for launch of new services to Tokyo in 2010.  Masatsugu Nishiyori (Nick) has been named the airlines vice president – general manager in Japan and Juan Torres will be the commercial manager.  Beginning in March 2010, Etihad will begin five flights a week service from its home base in Abu Dhabi to Tokyo, Japan.   They also may start flights to Kansai and Chubu regions.

Etihad Airways chief commercial officer said “Our senior representatives in Japan bring extensive experience and expertise to this dynamic and unique market, where they will play a key role in establishing our commercial organization and offices.”  Nishori previously worked for All Nippon Airways where he held several strategic positions.  He worked in finance, sales and marketing, and network strategy and distribution.   Torres held senior management positions at KLM Royal Dutch Airlines and Etihad Airways. 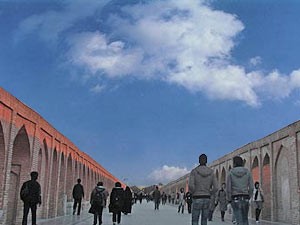 Address: 33 Pol, intersection of the Chahar Bagh Avenue with the river crossing. The bridge is strategically located where the Chahar Bagh, the main vehicular artery through Isfahan, crosses over the Zayandeh River. It was commissioned in 1599 by Allah Wardi Khan, a general in Shah Abbas I’s army. The bridge was built to serve the purpose of transport as well as act as a water reservoir, ...