May 13- Emirates Airline may order more aircrafts at the upcoming Farnborough Airshow, Shaikh Ahmad Bin Saeed Al Maktoum, Chairman and Chief Executive of Emirates Airline and Group. “In eight weeks’ time, we will make an announcement on this,” Shaikh Ahmad said. “We are talking to both the aircraft manufacturers and you will know then,” he added.
The airline, which has 145 aircraft on the fleet, has 146 on firm orders pending deliveries, worth $48 billion. It currently serves 102 destinations across 62 countries, with 49,950 employees from 150 different nationalities.

The Municipal Theatre was built in the early 20th century and has various art-nouveau building elements. The theatre has a capacity of 1,500 people and is home to many cultural and performing art events in the city. Guided tours are available but require advance bookings. Address : Praça Ramos de Azevedo, Centro Tel : 011-3222-8698 Website : http://www.prefeitura.sp.gov.br/cidade/secretaria... 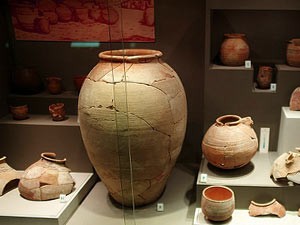 The building itself is quite impressive, surrounded by manicured lawns but inside you’ll find extensive and fascinating exhibits on Sharjah’s past. The exhibits, accompanied by audiovisual interpretations, range from the earliest archaeological finds, circa 5000 BC to the present day. Artifacts include jewellery, ceramics and weapons. Note: Wednesday afternoon admission is for women only. Te...

A small village in the middle of Barcelona with narrow streets and lovely olden style houses.  ...