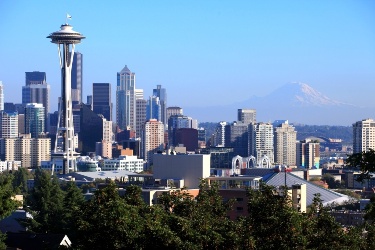 Emirates, one of the world's fastest growing airlines, unveiled major new expansion plans for the United States today, with the launch of daily services to Seattle and Dallas. Dallas-Fort Worth and Seattle-Tacoma International Airports will both be served by non-stop flights from 2nd February and 1st March 2012 respectively.

"These new services emphasise Emirates' confidence in, and long-term commitment to, the United States," said His Highness Sheikh Ahmed bin Saeed Al-Maktoum, Chairman and Chief Executive, Emirates Airline & Group.  "With six gateways offering convenient connectivity from points across the country, customers travelling to and from the US will find it easier than ever to access our vast global network."

"Our latest expansion also serves as a powerful indicator of how Emirates continues to invest in products and services even during difficult economic climates," continued His Highness.  "This is because we have always been ahead of the curve in anticipating what is now becoming an accepted truth - that demand for air travel will continue to grow over the long term in spite of the many challenges the industry faces. In making this investment now, Emirates is providing a timely economic boost to the United States whilst ensuring that we are soundly placed to serve our customers' future air travel needs."

Seattle sits at the heart of the Pacific Northwest, a 400 mile corridor which encompasses the states of Washington, Oregon, Montana and Idaho in the United States, and British Columbia in Canada. The city is home to some of the world's most recognisable global companies, including Boeing, Microsoft, Starbucks, Amazon, Expedia, Nintendo and Nordstrom.

The Pacific Northwest region also boasts a wealth of world class tourist attractions, including mountains, ski slopes, beaches and fresh water lakes. Seattle is a gateway to leading ski resort Whistler and Yellowstone, America's first national park, which is home to a large variety of wildlife including grizzly bears, wolves, bison, and elk.

Emirates' Seattle route will help to further strengthen the airline's links with Boeing. Only this month, Boeing predicted a robust outlook for aircraft manufacturing over the next few decades, estimating that there would be demand for approximately 31,000 planes worth $4 trillion by 2030.

"Emirates is not only the world's largest international carrier - it serves as a gateway from the United States to an important part of the world," said Bill Bryant, Port of Seattle Commission President.

"This direct service connects Seattle to a new region, creating jobs and tourism opportunities for our state."

The Gross Domestic Product of the Dallas-Fort Worth metroplex was estimated at USD 382 billion in 2008, equal to the national GDP of Norway and Saudi Arabia, and larger than that of Austria and Denmark. The metroplex is home to 24 Fortune 500 companies, including ExxonMobil, Texas Instruments, Kimberly-Clark, J.C. Penney and Southwest Airlines.

The Seattle metropolitan area produced US$ 24.2 billion in total exports in 2008, according to a Brookings Institution study, with exports to the United Arab Emirates totalling $2.76 billion USD in 2009. During the same year, Texan exports to the U.A.E. reached over $1.7 billion - representing export growth of more than 192 per cent since 2002.

Emirates' Seattle service will help support key exports from Washington State, including software, sound and television equipment, aircraft parts, medical and surgical supplies, video games and foodstuffs; headed for markets including the United Arab Emirates, China, Japan, India and Hong Kong. Commodities piped between Dallas and the UAE include oil and gas industry related machinery, spares and high-tech equipment. A bellyhold capacity of 15 tonnes on each Emirates flight will help support this trade.

"This announcement from Emirates brings a new and highly valued international airline partner to Dallas-Fort Worth," said Jeffrey P. Fegan, CEO of Dallas-Fort Worth International Airport. "Emirates' daily non-stop service between Dallas-Fort Worth and Dubai connects two global super-hubs for U.S. travellers to the Far and Middle East, the Indian subcontinent and Africa on a trendsetting airline."

From 1st March 2012, EK 229 will leave Dubai daily at 0950hrs and arrive at Seattle-Tacoma International Airport at 1310hrs. EK 230 will depart Seattle at 1710hrs, arriving in Dubai at 1940hrs the following day. Both services will be operated by Boeing 777 aircraft offering the highest standards of passenger comfort, with luxurious private suites in First Class, lie-flat beds in Business Class and generously-sized Economy Class seats.

Passengers in all classes can lose themselves in the much-enjoyed ICE entertainment system. There are more than 1,200 channels of on-demand entertainment to choose from, including 200 movies from around the world, 100 TV channels, more than 500 audio channels, 100 video games and news, sports and business headlines.

Customers can also look forward to gourmet food in all cabins and seamless transfers to a global network of over 110 destinations through Emirates' state-of-the-art Terminal 3 hub in Dubai.

With a fleet of 157 aircraft and already the largest A380 operator in the world, Emirates currently flies to 114 destinations in 67 countries.

Services to Basra, Geneva and Copenhagen have already started this year. Flights to St Petersburg begin on 1st November, with Baghdad following suit as of 13th November. Rio de Janeiro and Buenos Aires become new links into South America from 3rd January 2012. On February 1st 2012, Emirates will launch its 20th and 21st destinations in Africa, with a five times weekly linked service to Zambia and Zimbabwe.

Rajabhai Tower is a clock tower located within the campus of Mumbai University next to the High Court. It was designed by an English architect, Sir Gilbert Scott, and was based on the tower in London housing the Big Ben. The tower which is 280 ft high took around 9 yrs to get constructed. Based on Gothic and Venetian styles of architecture, this tower is built of Kurla stone, a locally available b...

The original gates to the city of Muscat are located here. Tourists are able to visualize the old city of Muscat, where these gates served to protect the city from external aggression and invaders. Tourists are transported back in time and are exposed to the history of the city. Visitors also get a good view of the palace of the Sultan from this point. Remnants of old mosques, houses, wells and sp... 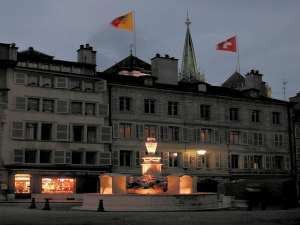