Emirates set to take A380 to Riyadh

DUBAI, U.A.E., 12 September 2011: Emirates will operate the first ever A380 service into Riyadh this month, in honour of Saudi Arabia's 81st National Day.

Operating into King Khalid International Airport in Riyadh, on 23rd September, the one-off Emirates A380 service will operate as a commercial flight, giving customers the opportunity to be on the inaugural A380 service to the city.

"As the capital city of Saudi Arabia, Riyadh is an integral part of Emirates' operations to the Kingdom.

The A380 is our flagship aircraft and it is fitting that we mark the occasion of the country's National Day by operating this one-of-a-kind aircraft into Riyadh," said Ahmed Khoory, Emirates' Senior Vice President, Gulf, Middle East and Iran.

The A380 has been operational between Jeddah and Dubai since February 2010, with strong demand from business and leisure travellers in both directions. The popular aircraft boasts 14 private First Class Suites, 76 lie-flat beds in Business Class and 399 seats with ice Digital Widescreen in Economy Class.

"The superior A380 product is an excellent fit for discerning Saudi travellers and our customers in Riyadh are eager to try the award-winning service for themselves. King Khalid International Airport is well equipped to handle the A380 and we are working closely with the relevant authorities to ensure next week's one-off operation is successful," said Khoory. 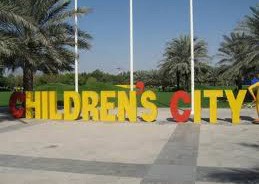 This is the first educational city in the UAE devoted to children between 2 to 15 years old where they can investigate, explore, play, discover and learn about the world we live. The City gives ample opportunity for children to interact  in groups  and gain hands on experience through the several exhibits and programs on applied sciences, nature, space exploration, human body, and l...