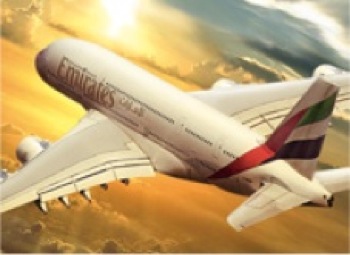 June 24 - Emirates Airline has postponed the launch of its Baghdad route for operational reasons, said an airline spokesperson on Wednesday. The route was supposed to have been launched from July 1, 2010.

"Due to operational reasons, Emirates has temporarily postponed the July 1 Baghdad route launch  to sometime later in the year," said the spokesperson. "Emirates will liaise with the affected passengers to ensure alternative travel arrangements are made well in advance. We look forward to announcing confirmed operations to Baghdad in the near future."

Sheikh Ahmed bin Saeed Al Maktoum, Chairman and CEO of Emirates Airline and Group statement issued in May stated: "Iraq is well on the road to recovery and we are confident that the time is right to commence our operations there. There is a high proportion of traffic heading both in and out of Iraq and we are in the right position to capitalise on this demand."

Baghdad was going to be Emirates’ 103rd international destination and the last one remaining in the Middle East.

What would become Hyde Park was purchased by Henry VIII in 1536 from Westminster Abbey (who had held the land since before the Norman Conquest).  It was initially used as a private hunting ground until James I opened it up to British nobility.  In 1637, Charles I opened it up to everybody, making it the first public park in London.  The most prominent feature is the Serpentine, a cu... 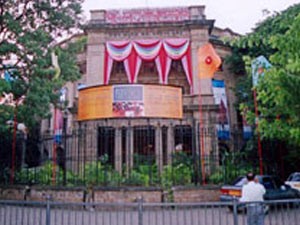 The National Gallery of Modern Art  (NGMA) is  the premier institute in the country that houses modern and contemporary Indian art. The rich and varied collections comprise of more than 17,000 art objects - paintings, sculptures, prints and photographs. Coupled with modern facilities of display, conservation, auditorium and library, the NGMA aims to make the viewing and understanding ...