Emirates adds another A380 to London Heathrow route 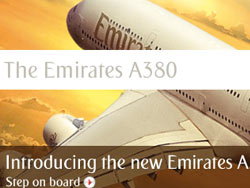 March 13- Emirates Airline will add one more A380 to its London Heathrow routes from July 1, 2010, it was learnt. The A380 will be deployed on EK 003, which departs Dubai at 1415hrs and arrives in London Heathrow at 1840hrs. The double-decker aircraft which has been custom-made for Emirates includes onboard lounges, showers and spas.

Speaking on the occasion, Salem Obaidalla, Emirates Senior Vice President, Commercial Operations, said: “London Heathrow was one of the key airports we had in mind when the A380 was first conceived and the new deployment allows more passengers travelling to and from the British capital to experience this remarkable aircraft."

This site is located about 17 kilometers south of Phnom Penh. It is a former Chinese graveyard. Today, it is famous with the name ‘Killing Fields’ because during the Khmer Rouge’s regime (1975-1979) about 17000 people were executed there. After the regime collapsed, several dead bodies were found from that area. Tourists are encouraged to pay this site a visit to get a picture of Cambodia’s heart-...

The Church of Our Saviour

The Church of Our Saviour

Resting on a mount, the church has a 400 step stairway and is visited by many tourists all year round. The golden steeple and towers are sky rocketing which gleam under the sunlight, giving it a very picturesque view. It can be visited by travelers between April and October. Address: Sankt Annægade 29 Telephone: 32 57 27 98                    {loadpositi... 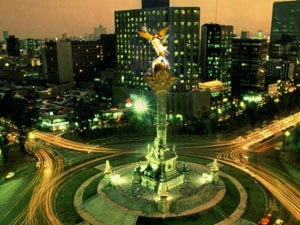 A monument serving as a symbol of pride for the Mexican nation, located on the Paseo de la Reforma. The Angel was built in 1910 to mark the 100th anniversary of the beginning of the Mexican War of Independence. Needless to say, the site offers all kinds of crazy photo opportunities, at different times of the day, and with different background environments! ...