Emirates Launches Airbus A380 to Shanghai 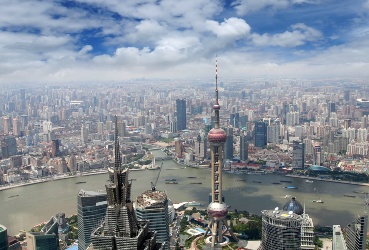 DUBAI, U.A.E., 11 April 2011 - Shanghai, the most populous city in China, is set to join Emirates’ expanding list of Airbus A380 destinations, when the superjumbo begins its non-stop service from Dubai on 27th April 2011.

Shanghai will be Emirates’ third destination in Greater China to welcome the Airbus A380, following the launch of the aircraft to Beijing on 1st August 2010 and Hong Kong on 1st October 2010.

Emirates’ 489-seater A380, which will be the first scheduled A380 service to Shanghai, will operate three days a week (Wednesday, Friday and Sunday) as EK302 departing Dubai at 0310hrs (local time) and arriving at Shanghai Pudong International Airport at 1530hrs (local). The return flight EK303 departs Shanghai at 2330hrs (local) and arrives in Dubai at 0430hrs (local) the following day.

“Thanks to the support that we have received from the Civil Aviation Administration of China and the Shanghai Airport Authority, Shanghai will become the latest destination to join our global Airbus A380 network. Emirates currently has 15 A380s in service, flying from Dubai to 10 countries around the world,” said His Highness Sheikh Ahmed bin Saeed Al-Maktoum, Chairman and Chief Executive, Emirates Airline & Group.

“Emirates has enjoyed a long and successful partnership with China, we began cargo operations between Dubai and Shanghai in 2002, and then started passenger services in 2004. The A380 launch demonstrates our continuing commitment to this important country, in addition to boosting trade between China and Dubai, the Middle East and Africa,” added Sheikh Ahmed.

“We are happy to welcome Shanghai’s first A380 flight to land at Shanghai Pudong Airport, having adapted the facilities and enforced thorough safeguard measures for A380s to ensure the smooth operations of this revolutionary superjumbo,” said Mr Yu Wuyan, Vice President, Shanghai Airport Authority & Chairman of the Board, Shanghai International Airport.

The arrival time of the Emirates’ A380 in Dubai offers passengers from China with a convenient transfer to an expansive list of Emirates’ destinations in the Middle East, which saw the addition of Basra on 1st February 2011; Africa and a growing number of cities in Europe, which following the 1st June 2011 launch of Geneva and the Copenhagen launch on 1st August 2011 will stand at 27.

For passengers wishing to stopover in Dubai, the city has an enormous amount to offer from world class golf courses to fine dining, and views from the tallest building in the world to an enormous range of shopping options. Over 111,000 business and leisure travellers visited Dubai in 2010 from China following the UAE gaining Approved Destination Status.

Sitting on the mouth of the Yangtze River, Shanghai is a truly global city, home to over 19 million people and an international hub for finance, culture, art, fashion, research and entertainment.

Shanghai, famous for its historical landmarks, such as the Bund and its modern and ever-expanding skyline, was the host city for the 184 day 2010 World Expo, which attracted over 73 million visitors and allowed countries from around the world to showcase themselves on a world stage. 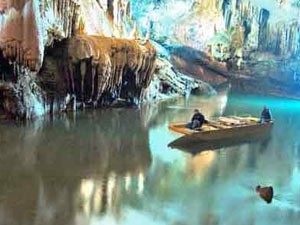 Jeita Grotto is a complex of caves in the foothills of Mount Lebanon.  The lower cave was inhabited in prehistoric times, but not rediscovered until 1836.  The upper cave, or gallery, wasn’t discovered until 1958.  The caves are karstic – they were formed over millions of years by the dissolution of bedrock with water.  The upper gallery is more than a mile long, with a ceiling... 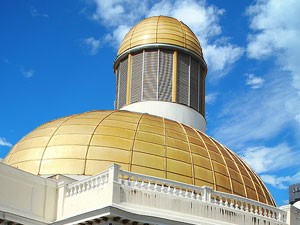 Constructed in 1872, and having serviced many administrative departments since, including the Federal Court, the Legislative Court, and currently acting as the Seat of Congress, the Capitol Building, also known as the Elliptic Hall, is a stunning whitewashed building with  golden domes that today contains some of the most important legislative documents and manuscripts of the Republic of Vene...