May 4 - Emirates Airlines’ flight A380 from Dubai to Toronto’s Pearson International Airport on Monday was delayed because of some technical issues. The flight has been rescheduled for today.  “Emirates flight EK241 operated by an A380, scheduled to depart Dubai to Toronto on May 3 at 09:55 hours was delayed due to a minor technical fault prior to departure,” said an Emirates spokesperson.“Passengers, where necessary, have been accommodated at a hotel following the delay and are re-booked to travel on Emirates flight EK241 on May 4.”
Meanwhile, passengers said they were sitting in the aircraft for more than four hours before the captain asked them to get off the plane. Emirates has yet to clarify what the fault actually was. Emirates did not clarify the nature of the technical fault. However, a source said this was the first time that an Emirates A380 flight faced such a glitch. “They said the quality of air conditioning was not fine and they did not want any problems midway,” said one passenger.

This is the most famous seafront pathway in Nice. It is named after the English who were the ones to have it built during the 18th century when they began coming to Nice for their holidays. The Promenade which is translated as "Walk of the English" runs for four miles and is home to some of the most exclusive restaurants in Nice. Here you can see people relaxing, bicycling, lounging on t... 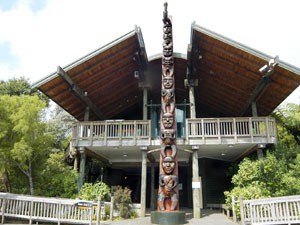 The Arataki Visitors Centre on Scenic Drive is worth seeing because there are nature trails sporting native trees and birds found in the area with an excellent scenic drive. Trails are safe to hike and can take anywhere from 10 minutes to 4-5 hours. The center will also provide models, history and facts of native birds and the surrounding area.         &nbsp...