Emirates will advance its existing operations in the Kingdom of Saudi Arabia with an additional 10 services per week to Riyadh and Jeddah, underscoring the increased economic ties between the UAE and Saudi Arabia.

"The introduction of an additional 3770 seats per week on the two routes will further enhance passenger movement between the two countries. Business and leisure travelers in Saudi seek connectivity to key commercial and leisure centres in Europe, as well as the Americas and Australasia and these new flights will help expedite their journey. Religious based travel to Saudi Arabia also continues to grow exponentially each year, with these additional flights set to add some much needed capacity for inbound traffic," said Ahmed Khoory, Emirates Senior Vice President Commercial Operations, Gulf, Middle East and Iran.

Underpinning Emirates' continued investment in Saudi Arabia, the airline's expansion programme closely follows its announcement of an increase of services to Al Medinah al Munawarah to a daily service from 31st October 2010.

The additional services to Riyadh will be serviced by an Airbus A330-200 with 12 First Class seats, 42 Business Class seats and 183 economy class seats. Jeddah will benefit from a second A380 service with capacity to seat 517 passengers in a three class configuration.

"The A380 has received an overwhelmingly positive response from the Saudi market since it was introduced onto our Jeddah route in February this year. The launch of a second A380, Emirates' flagship aircraft, into Jeddah highlights our commitment to providing travellers in Saudi with the very latest in aircraft innovations," added Khoory.

Emirates remains committed to the Saudi market with a total of 38 flights per week to four cites including; Riyadh, Jeddah, Dammam and Al Medinah al Munawarah. 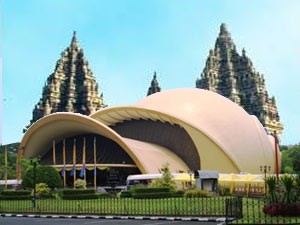 The Nobel Peace Center is one of Oslo’s most modern museums and was completed in 2005. Inside, you will find a history of the award’s namesake, Alfred Nobel, along with profiles of each of the winners of the award. Informative movies and recordings of past ceremonies are also included in the museum. Sometimes, former winners come to give lectures within the museum’s confines. The museum is located...

The Kowloon Walled City Park is a beautiful lush park where both tourists and residents go to unwind and find peace from all the chaos of Hong Kong.  ...