Dubai’s Emirates Airline announced it will start flights to Madrid, Spain on August 1st, 2010.  The new flight service fills a longstanding gap in the transport network between the two locations because it provides the very first direct passenger service between Spain and Dubai. Madrid is Dubai’s fourth new destination this year, after Tokyo, Amsterdam, and Prague, and the carriers’ 25th destination in Europe.

Sheikh Ahmed bin Saeed Al-Maktoum, chairman and chief executive of Emirates Airline & Group said “The new Madrid route is particularly significant because we will provide the only scheduled passenger service between Dubai and Spain.”  He said this also gives passengers much easier access to their international hub in Dubai, where they can continue travelling to other popular destinations in Asia and the Far East.  The new service will operate on an Airbus 330-200 aircraft with 12 first class seats, 42 business class seats, and183 economy seats.

The Buenos Aires Museum of Modern Art is worth a visit while you are here. It boasts a large collection of art and is situated on the main street of San Telmo: 350 San Juan Avenue. Entry is free. Website: http://www.museodeartemoderno.buenosaires.gov.ar/ In the nighttime, this area comes alive with an underground dancing, restaurant and club scene. Some good Tango bars where they offer free cl... 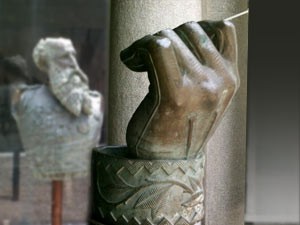 Another one of Caracas’s many small museums, this place contains utensils, ceramic ornaments, historic documents, antique colonial furniture, and other possessions of the Bolivar family. The museum is housed within a cheerful little yellow-colored building.                    ...