Emirates Airlines will add 17 new flights to its Asia Pacific route next month.  Beginning in December, the carrier will introduce a fourth daily flight service to Bangkok, a third daily flight service to Sydney, two more flights to Manila, and another service to Jakarta.  The Dubai airline said in a statement it will add a total of 17 new flights between December and January, increasing it seat capacity by 13 percent and its total number flights per week to 187.

Richard Jewsbury, Senior Vice President, Commercial Operations Far East and Australasia, said the Middle East is one of the few regions to record consistent, steady passenger growth, but “Asian markets are rebounding with reports of resurgent traffic at key airports in the region.  We are confident of seeing a recovery soon and are introducing additional capacity to serve the increasing demand.” 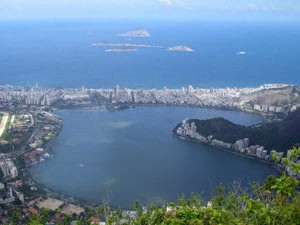 Considered to be one of the most beautiful spots in the city, this lake has a 7.2lm cycling/walking track around it. Bikes and paddle boats are available from the Parque Brigadeiro Faria Lima which is nearby. Kiosks dotted around the lake have lovely alfresco dining, serving caipirinhas (sugarcane spirit and crushed citrus) while accompanied by music. Address: Parque da Catacumba  &nb...