Emirates Airlines continues to buck the global trend, posting  a net profit of Dh752 million ($205 million) during the first six months of its current fiscal year.  This is 165 percent higher than the Dh284 million, ($77 million) net profit it made during the same period last fiscal year, and comes at a time when the global aviation industry is set to lose Dh41 billion this year.  The increased profits came mainly from an 18 percent capacity growth with the addition of eight new aircraft, bringing its total fleet to 130, and two new destinations.  Emirates Airlines entered its 25th year of operations last month. 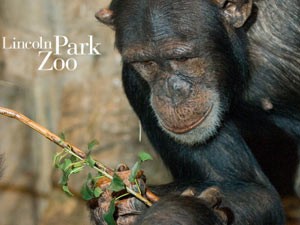 The Lincoln Park Zoo was founded in 1868 and is one of the oldest zoos in America.  Its beginnings were humble enough, with a donation of swans from New York's Central Park.  The animal collection has expanded slowly over time.  The Lion House was built in 1912 and the Monkey House in 1927.  Today the zoo is home to around 1,250 animals. The Kovler Lion House is a bit of a...