Emirates Airlines denied recent reports that fares to and from Australia have increase.   According to weekend reports in Australia, ticket prices to and from Australia had been increased 7% for all cabins.  The reports said that the airline was raising prices now to make up for losses after months of steep discounts.  Emirates Airlines said from 23 July, only outbound flights booked in Australia would be subject to a fare increase.

An Emirates spokesman said “Emirates regularly reviews its fares to reflect market dynamics”.  He explained that price is only one factor considered by customers and “travelers also consider other factors such as brand reputation product and service quality, flight timings, and connections.  Emirates Air operates 63 weekly flights from Melbourne, Sydney, Perth, and Brisbane Australia.

Former imperial hunting grounds for the royal family. Contains a large amusement park, known as the Volksprater ("People's Prater"), believed to be the oldest "modern" amusement park in the world, which has the much famed giant Ferris wheel ('Riesenrad'). Public entry into the Prater is free of cost while the costs of individual attractions vary from 1 euro to 10 euro. Lar... 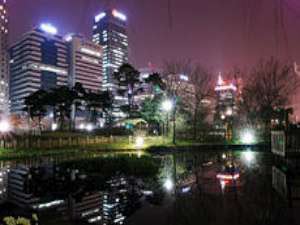 With over 60,000 visitors on weekends, it is by far one of the most popular places in the city. Spread out on 230,000 square meters, it is also one of the largest. It has a traditional Korean forest as well as a concert area and several paths for cycling, or walking. The hundreds of trees on the grounds offer shade to the thousands of visitors that throng the park. The three ponds in the park are ...