Dubai-based Emirates Airline is set to launch an initial public offering (IPO) once it receives approval from Dubai government, said the airline’s Chairman Shaikh Ahmed bin Saeed Al Maktoum on Sunday. "We will always be ready, whenever the government takes such a decision," he said. The chairman also said that it would take about a year to float the IPO once a decision is taken in this regard.
He also said that the global financial meltdown last year has not put the airline’s fleet expansion plans on hold. In fact, the airline plans to order more planes later this year. "I'm sure you'll be hearing more announcements during this year on maybe more aircraft to come to Emirates, or signing new aircraft to be bought by Emirates,” he added.
When asked about the losses occurred during the suspension of flights following the impact of the Icelandic ash cloud, he said: "I think as we see today, everything is back to normal, as we see the flow of the passengers.” 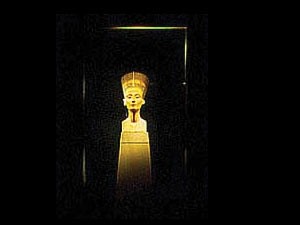 located in Schloßstraße 70, this museum houses a mesmerizing collection of ancient Egyptian artefacts, including the famous bust of the queen Nefertiti. Check the website for the exhibitions currently running. Telephone: 34357311. Open: Tues to Sun 10AM-6PM.  ...

The London Dungeon brings together an amazing cast of theatrical actors, special effects, stages, scenes and rides in a truly unique and exciting walkthrough experience that you see, hear, touch, smell and feel. It’s hilarious fun and it’s sometimes a bit scary.    It's a 90 minute journey through 1000 years of London's murky past. You and your companions walk through the Dungeon, mo...