Emirates A380 Route Will Be Served By A380 Superjumbo

Emirates Airline announced its flight service to Jeddah will operate on an A380 superjumbo beginning next year.  The flight service to Jeddah, Saudi Arabia will operate four times a week beginning on February 1st, 2010. It will be the airline’s eighth A380 service.  Emirates Airline currently flies the A380, the world’s biggest plane, to Auckland, Sydney, Bangkok, Heathrow, Toronto, Seoul, and, beginning on December 29th, Paris.

Ahmed Khoory, a senior executive with Emirates Airlines said “The introduction of the highly acclaimed A380 on the Jeddah route is a true reflection of an increased demand for services in and out of the kingdom.”  Ahmed Khoory is Emirate’s Senior Vice President for Commercial Operations in the Gulf, Middle East, and Iran.   Khoory said the service into Jeddah is Emirate’s first Middle Eastern A380 destination outside of Dubai.   The addition of the A380 on this very busy route will substantially increase Emirate Airline’s capacity.

Home to these playful, naughty critters the forest has become very popular with tourists. Be sure not to wear anything sparkly or shiny and do not carry food with you since the monkeys can smell it on you. Some of the locals there sell bananas and other kinds of fruit to feed the monkeys. You can do that but do not tease the monkeys since they might attack you. In the forest is a small temple and ... 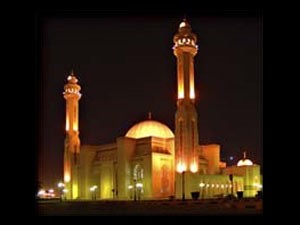 The Grand Mosque is one of the largest in the UAE and is situated near the Ruler’s Court on the Bur Dubai side of the Creek.  Its capacity is up to 1200 worshipers.  Though it was rebuilt in 1998, the mosque blends in perfectly with old Dubai, with its sand colored walls, wooden shutters, and stained glass windows.  It also has the tallest minaret in Dubai at 70m. Non-Muslims a... 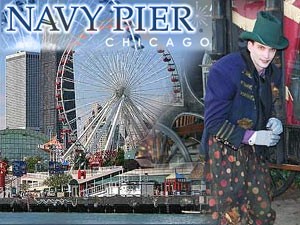 Navy Pier is Chicago's most visited attraction, attracting more than 8,000,000 visitors per year.  It was built between 1914 and 1916 and at the time was the largest pier in the world, at more than 1,000m long.  Initially, the pier was to serve as both a port and as a public gathering place, but as cars proliferated the Great Lakes shipping industry declined.  Its popularity fell du...