The EID break is expected to boost air traffic, which has been slow during Ramadan with more people choosing to stay at home.   The slow traffic has moved airlines to offer lower fares and special promotions for the holidays.   Ramadan is usually a slower month for travel, and September is also a slow month – this year they coincided.

Travel manager of Sharaf Travel said “Compared to last year there has been a drop of 10 to 12 per cent in airfares. There has been a definite drop this year in traffic.  I would say in the range of at least 20 per cent   Premjit Bangara said this month passenger traffic was 50 per cent slower than during the normal off season.   Emirates vice president for commercial operations said he rates September a 5.5 on a scale of 10 compared to a normal month.  Etihad Airways, Etihad. 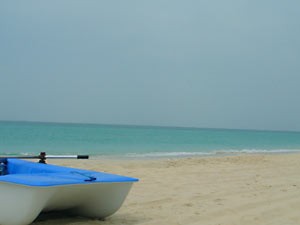 Sana'a is not really much of an amusement for children, unless your six year old has a hereditary interest in anthropology or history. Yemeni children have few activities besides running about in streets populated by men with daggers – not much of a concern for the mothers, as there are no kidnappers or pedophiles around. It is pretty common to see a swarm of kids rolling along a street or public ...