Capacity increased only slightly above demand improvements during the month, keeping load factors in line with historical highs at 79.8% for passenger traffic and 53.8% for freight.

“The industry continues to recover faster than expected, but with sharp regional differences. Europe is recovering at half the speed of Asia with passenger growth of 7.8% compared to the 15.5% growth in Asia-Pacific,” said Giovanni Bisignani, IATA’s Director General and CEO.

Outside of Europe, all regions reported double-digit growth in passenger traffic. “The question is how long can the industry maintain the double-digit momentum. Business confidence remains high and there is no indication that the recovery will stall any time soon. But, with government stimulus packages tailing off and restocking largely completed, we do expect some slowing over the months ahead,” said Bisignani.

International Passenger Demand
•    After a dip in April due to the volcanic ash crisis centered in Europe, international passenger demand has returned to its upward growth trend. Passenger volumes are now 1-2% above the pre-recession peak in the first quarter of 2008.
•    Middle Eastern carriers continue to post the fastest growth—up 18.0% compared to June 2009.  This is based on a strong regional economy and the ability to attract long-haul traffic through the region’s hubs.
•    Asia-Pacific carriers recorded the most significant demand improvement at 15.5%. China continues to be the region’s growth engine.
•    North American carriers posted growth of 10.8%, comparable to the 10.9% recorded for May 2010. Strong growth and the industry-leading load factor of 86.6% are contributing to strong second quarter financial results being announced by the region’s carriers.
•    European carriers reported 7.8% growth, down slightly from the 8.3% recorded in May. While annualized growth of 6.2% is in line with the industry average, it is clear that the recovery in Europe is lagging behind the rest of the world.
•    Latin American carriers showed a 14.7% increase in passenger traffic compared to June 2009. This reflects a more normal growth rate than the 23.6% recorded in May when results were heavily skewed by the Influenza A(H1N1) crisis which centered on the region in May last year.
•    African carriers posted a 21.3% increase in traffic in June, positively impacted by activities surrounding the FIFA World Cup.

International Freight Demand
•    International freight demand grew 26.5% in June 2010, down from the 34.0% recorded in May 2010. May was exceptionally high as some interrupted traffic from April’s ash crisis shifted to May. Volumes remain 6% above the pre-recession peak in early 2008.
•    Freight demand continues to follow economic recovery and trade patterns with airlines in Asia-Pacific (+29.8%), Middle East (+39.6%), Latin America (+44.9%) and Africa (+54.0%) growing the fastest.
•    Carriers in North America (+24.2%) occupy the middle ground.
•    Europe (15.3%) is growing at half the rate of the fastest growing regions based on slower economic growth. This trend is particularly evident in Europe which is the only region still 5-6% below the pre-recession peak. The low value of the Euro will be a help to the region’s exporters and eventually drive up freight volumes.

“We remain cautiously optimistic. A clear indication of the growing confidence is the over 400 aircraft orders announced at the Farnborough Air Show. This is good news that will bring environmental benefits through improved fuel efficiency. But it will also make the challenge of matching capacity to demand much more difficult,” said Bisignani. 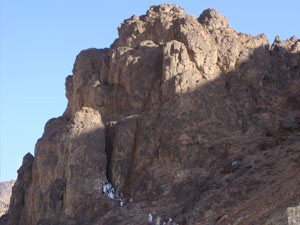 This shrine was built in honor of the Emperor and Empress Meiji in 1920. These royals were credited with making Japan more extroverted and opening it up to foreigners. This Shinto shrine is magnificent- the gates leading to the shrine known as Torii in Japanese are 1700 years old and are made of extravagant cypress. The structure itself is also composed of Japanese cypress with green copper roofs ... 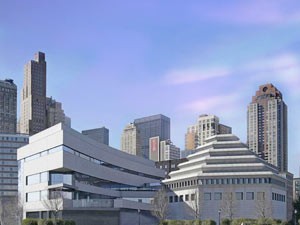 The Museum of Jewish Heritage is a living memorial to the Holocaust.  It first opened in 1997 and features a collection of more than 25,000 objects that illustrate Jewish heritage in the 20th century.  New York was the natural choice for its location, having a larger Jewish population than any other city in the world.   The exhibits on display include personal objects, photographs, ...