June 1 - The British Airways (BA) cabin crew strike resumed yesterday once again resulting in one flight cancellation from Dubai. "Out of the three daily flights from the UAE, we have cancelled one flight on the Dubai route during the second wave of strikes," a BA spokesperson told journalists. "Abu Dhabi flights have not been affected."

The third wave of strikes is slated to begin on June 5, just a few days before the start of the FIFA World Cup in South Africa.

A BA spokesperson said that flights during the strike will increase since more and more crew members were coming back to work. "The numbers of cabin crew reporting at Heathrow during the industrial action this week has been more than sufficient to operate our published schedule," the spokesperson added.
The airline plans to long-haul service at London's Heathrow airport to more than 70 per cent of flights. 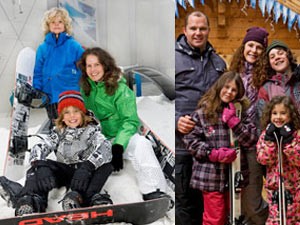 The17 hectares of greenery of the Cismigui Gardens have great significance for Bucharest. It is the largest park in the city center that has various entrances, depending on where you are located. The gardens are crowded with people all day during summers as people use it as a picnic spot, play ground for children and a leisure spot beside the artificial lake. A perfect spot for a relaxing outside ...