American Airlines has had early stage merger talks with US Airways and is in advanced  talks for an alliance with Continental Airlines .
News of the talks comes in the wake of the talks of Delta Airlines and Northwest Airlines merger  announced two weeks ago to become the worldÃ¢â ¬â„¢s largest airline .

American Airlines and Continental  are focusing  on forming an  alliance that could share passengers ,much like the Sky Team partnership that includes Air France-KLM , Alitalia , Czech Airlines , Delta Airlines and Northwest Airlines  .

Alliances have proved beneficial in the aviation industry  as profits are generated through marketing programmes and flight  code- sharing without the headaches of combining operations . 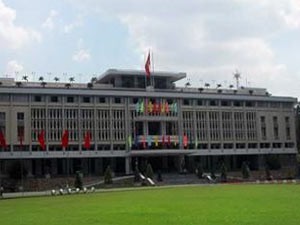 The Reunification Palace, once referred to as Norodom’s Palace and Independence Palace, is a monument of great historic importance to the Vietnamese and the site of many power transfers. First built and used by the French Governors General, the original palace later became the residence of the Prime Minister Ngo Dinh Diem but was leveled and rebuilt after heavy damage in attacks by the Saigon army...

Gamle Aker Kirke is Oslo’s oldest building, built in 1080. It is located north on the city center and provides Lutheran services on Sundays. The Church is associated with a mythical dragon and has quaint and historically relevant views to behold within its walls. Taking the bus is the easiest way to get here. Address: 2702 St. Hanshaugen, 0131 Oslo Tel: +47 23-62-91-20 Website: http://w...