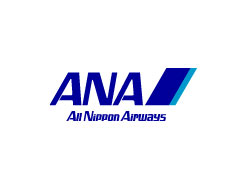 April 4- Al Nippon Airways (ANA), said it is returning to profitability because of an increase in travel, especially in the high-margin business class segment.  ANA, which is Japan’s second biggest airline by revenue, will probably post a 693 million (Dh2.5 billion) loss for the financial year ended March 31st, 2010.  The airline’s president, Schinichirio Ito, said it is considering launching a low cost carrier.

ANA, like many other airlines, suffered the effects of the economic downturn and outbreak of H1N1 swine flu.  However, it expects business passenger growth to increase more than 40 percent in May due to the recovery in passenger demand over the last few months.   “Passenger bookings are showing double-digit growth for international operations  for April and also May” President Ito said in an interview yesterday.  He added  there will probably be more business travel demand if the economy is stable as well as passenger inflow from JAL, which filed for bankruptcy protection in January 2010.

A separate ticket is needed to see the amazing treasures of the Schatzkammer. Founded in 1565, the Wittlesbach's treasury is on display in ten halls in the Konigsbau. The collected works are one of the most important of their kind with invaluable enamel, rock crystal and ivory work, crowns and royal insignia, religious art and unique goldsmith work from nine centuries. ...

Known as Ã¢â‚¬Å“KingÃ¢â‚¬â„¢s Way,Ã¢â‚¬Â Rajpath is the most important road in India because it is littered with governmental buildings including the parliament house of India. The road runs from Rashtrapati Bhavan to the National Stadium and has a lovely floral view with several lawns, trees, and ponds found along the sides. However, the most delight full of views is the sight of Rashtrapat...

One of the most exciting tourist attractions in the Maldives is the National Museum. It was opened for the general public on November 19 1952 (1st Rabeeul Awwal), which is also the Maldives National Day. It was inaugurated by the Prime Minister at that time, Ameer Mohamed Amin Didi. The museum was set up to preserve the history of Maldives and  large collection of historical objects are on exhibit...