Al Jaber Aviation (AJA), the aviation arm of the Al Jaber Group, on November 16 placed an order for 12 private jet aircraft in a deal worth about $450 million (Dh1.65 billion).
The company plans to launch operations in February 2009 with one Embraer Legacy 600. According to the company COO, Dr Mark J Pierotti the company expects to receive one aircraft every three months over a five year period. Pierotti also added that AJA will launch its operations from Abu Dhabi in February which will be followed by Dubai in mid-2009. 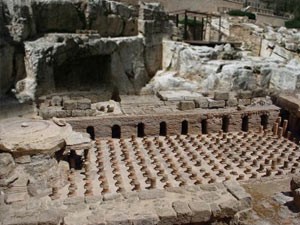 Rahmi M.  Koç Museum   This museum is located in magnificent buildings on the shore of the Golden Horn. The museum collection contains thousands of items from gramophone needles to full size ships and aircraft. There is a series of exhibitions that displays the history of transportation, industry and communications. Displays include washing machines, carburetors, decommissioned ...

Buckingham Palace was built in 1705 as the London home for the Duke of Buckingham.  Before that the site had been a mulberry garden planted by James I in a futile attempt to raise silkworms.  In 1761, it was bought by George III for Queen Charlotte and in the 1820s it was transformed from “the Queen’s House” into a true royal palace.  Queen Victoria moved in upon her accession in ...