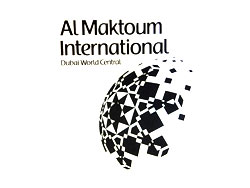 June 6 - A number of airlines are competing aggressively to be the first to land at the new Al Maktoum International Airport, as the countdown to launch of Dubai’s second international airport begins.  The new airport, which will eventually be the world’s biggest airport, is set to open with skeleton shifts of operational crews by June 15th then after three weeks of operation, on June 27 there will be flights and a normal operational day.

Andrew Walsh, commenting on the competition among the airlines for the honor to land first, said “It’s fair to say that there’s a couple [of carriers] that are more competitive than the others and I probably didn’t appreciate how competitive that process would be.” Walsh, who is Vice President for Cargo and Logistics at Dubai World Central (DWC), said a number of airlines have already signed agreements to operate in and out of Al Maktoum but did not disclose details because, “that’s part of the agreement we have with them – it’s still confidential.”