Airline executives gathering at an industry event in Kuala Lumpur dismissed talk of “green shoots” and signs of recovery in the slumping airline industry.  Executives maintain it will be at least two years before resurgence will take place.

Replying to a question about evidence of a recovery, President of Emirates Airline Tim Clark said “Green shoots? That’s something which has been trotted out for the last seven months.”  He said the first signs of recovery will probably be in mid-2010, which means a full recovery would be in mid 2011, “but that is still two years down the line.”  The International Air Transport Association said that airlines could lose US$1.5 billion (Dh 5.51bn) and the economic slowdown in other regions could impact long haul airlines

The University of Chicago is one of the best universities in the world.  It was founded in 1890 thanks to a donation from oil magnate John D. Rockefeller.  The university and its reputation quickly grew.  By World War II it had become a premier research institution.  It was here that mankind's first nuclear reaction took place thanks to Enrico Fermi.  Today the University ...

The Everard Read Gallery established almost 100 years ago is among the largest private art galleries in the world and is home to contemporary art works from several South African and international artists and specializes in wildlife paintings and sculpture.   Address: 6 Jellicoe Avenue, Rosebank Telephone: +27 (0)11 788 4805 Website: http://www.everardread.co.za/ Opening hours: Mo... 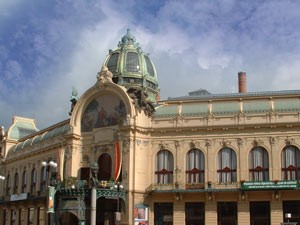 Full of Czech symbolism, this building is Art Nouveau homage to nationalism. There is a mosaic called Homage to Prague above the entrance which represents the oppression and resurrection of the Czech people. There is a cafe; concerts are held in Smetana Hall and tours. Location: Namesti Repuliky 5 Opening Times: 7:30am – 11pm, Information Centre: 10am – 6pm Admission Prices: guided tou...

Another one of Bucharest’s historical depictions, Romanian Peasant museum holds traditional and folk festivals to exhibit Romanian culture and to preserve the way of life that prevailed for hundreds of years in the country. The museum has various rooms dedicated to a different facet of history such as decorations, tools, artifacts and clothing. Ticket: 6 RON for adults and 3 Ron for students. ...