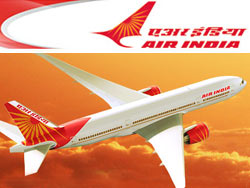 May 27 - Air India, the country’ national airline, cancelled several flights to the Middle East because of a strike by the ground staff. The strike is in protest of a gag order issued by the airline’s management in the aftermath of the Mangalore air crash.

Around 76 domestic and international flights which include those to Dubai, Abu Dhabi and Muscat were cancelled on Wednesday.

Although the airline authorities have not commented on the strike so far, Dinakar Shetty, head of the Air Corporation Employees Union, said the strike is the result of Air India’s response to the air crash on Saturday.
An Air India Express aircraft, a budget carrier owned by Air India, crashed while landing at a "table-top" airport, killing 158 people.
Update: The two-day strike by the 15,000 employees of Air India was called off Wednesday evening after a Delhi High Court issued a restraining order. Taking a stand against the employees, the airline management also sacked 15 union leaders for using flimsy excuses as a pretext to go on strike.
The strike has further tarnished the image of the airline that has already come under fire for its poor safety standards as evident from the Mangalore air crash. "We have called off our strike after the Delhi High Court order. Our 15,000 co-workers stand with us. We will get back to demand our rights," said Anand Prakash, the joint secretary of the Air Corporation Employees' Union. 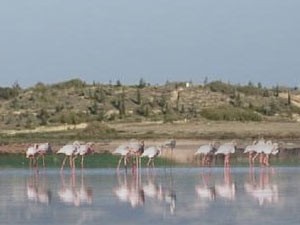 One of the most prominent natural wonders in the region, the Salt Lake district of Larnaca is made up of a network four salt lakes or different sizes, Aliki, Orphani, Soros and Spiro. The Larnaca Salt Lake forms the second largest salt lake in Cyprus, after the Limassol Salt Lake and covers an area of about 2.2 kilometer square. It is a popular tourist spot for birdwatchers and nature lovers, who ...