April 20- Sharjah’s budget airline, Air Arabia, is keen on starting its operations from Egypt for which work is said to be in its final stages, said Adel Ali, Chief Executive of the carrier on Monday. This will be the airline’s third hub after Morocco and the UAE.
Operations from Alexandria, Egypt, were slated to begin this month but was delayed since the Egyptian government did not issue an operating certificate to the carrier, said Ali. "We're hoping to fly by the end of April, but it could take longer," he added.
In this regard, Air Arabia already has one A320 in Egypt with another one ready to be moved here as soon as operations begin.
Meanwhile, Air Arabia has been operating out of Morocco for the last 10 months where a seat factor of over 70 per cent was recorded. "Given the first Europe operation, lots of routes, drop in the tourism sector in Europe, we are very pleased with the outcome," Ali said.

The largest and best-known Shisha/Hookah/Nargila café in Riyadh is Shallal. It is an exotic complex of indoor and outdoor venues for socializing with tea, Middle Eastern snacks, and traditional water pipes. ... 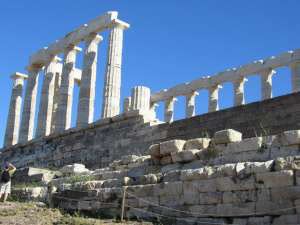