Air Arabia announced that its net profits for financial year ending December 31st, 2010 fell only slightly to Dh 452 million, despite the difficult financial times for the global aviation industry. Air Arabia, which is the biggest low cost airline listed on the Dubai Financial Market for the Middle East and North Africa posted profits of Dh 454 million for the financial year ending December 31st, 2008.  Air Arabia said they posted a turnover of Dh 2 billion for the 2009 financial year, 4.5 percent lower than the Dh2.06 billion recorded in 2008.

Nabil Farhat, Partner with Al Fajer Securities said Air Arabia’s profits were below their expectations of Dh 480 million, but given the increased competition and rising fuel costs, the carrier performed well.  Farhat noted “With the global economy set to emerge from recession in 2010 more people are going to travel and this should help improve the company’s revenue and profitability.”

This area boasts nothing spectacular. Thus, it would only be worth a visit if you want to really see the grit of New Delhi and observe how the average Jane and Joe go about their day.... 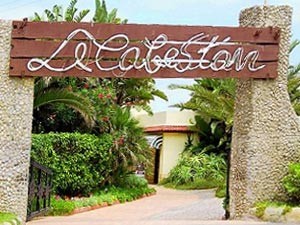 The Corniche is the perfect place to unwind after a day of touring the city.  It stretches from Hassan II Mosque on a crescent to the El Hank Lighthouse. You can take a leisurely stroll and enjoy uninterrupted sweep of beaches or just sit at a restaurant and spend your time relaxing and people watching. Many fast food chains also have an outlet here. This area is also preferred by those looking fo...