Air Arabia began flying from its Casablanca hub to Morocco earlier this year.   They said in August they would establish a new hub between its Sharjah base and North Africa in order to increase revenues and catchment area.  Air Arabia was formed in 2003 and has a fleet of 20 Airbus A320 aircraft.  They have placed an order for 44 more A320’s. 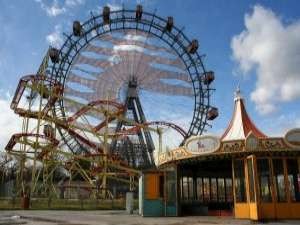 Although Vienna is generally a city for grown-ups - intellectuals, thinkers, and artists - it also caters to children, of all ages and sizes. The numerous festivals around the city are enjoyed by the general population, and the many monuments and parks are frequented by local and visiting families everyday in large numbers.This is why many of the tour guides in the city have special packages for...

Midan Tahrir is the center of modern Cairo. It's a place where several popular landmarks (the Egyptian Museum, the American University in Cairo, the Arab League and the Hilton and Intercontinental Hotels) are located and where congested traffic and un-pedestrian-friendly drivers may alarm the timid tourist. Yet, the hustle and bustle of the square is still interesting and soulful enough because of...

The Southeast Asian equivalents of the Empire State Building, the Petronas Towers are Kuala Lumpur’s most iconic buildings.  They were the tallest in the world from their completion in 1998 until 2004, when they were surpassed by Taipei 101.  The Petronas Towers rise to a height of 378m (450m including the spires).  The frame was constructed with reinforced concrete, and becau...