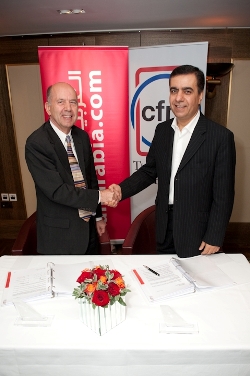 EVENDALE, Ohio — 4 October 2010 — In a special ceremony held in London, England, September 28, Air Arabia formalized its order for CFM56-5B engines to power its fleet of 44 Airbus A320 family aircraft.  This new engine selection, originally announced in July 2010, will more than double the airlines’ CFM56-5B powered A320 fleet.

Air Arabia, the first and largest low-cost carrier in the Middle East and North Africa, recently set a new world’s record, achieving 30,000 flight hours in just six years with one of its CFM56-5B-powered A320 aircraft.

“Air Arabia enjoys a long track record of operational excellence,” said Adel Ali, Group Chief Executive Officer of Air Arabia. “And we remain focused on offering the best value to our customers, which means optimum utilisation of our resources, including the state-of the art Airbus A320 aircraft with CFM56 engines, which represents the heart of our fleet

Air Arabia became a CFM customer in 2003 when the airline started operations with a CFM56-5B-powered Airbus A320. The airline, which is the winner of the A320 Family Operational Excellence Award by Airbus, currently operates a total fleet of 23 CFM56-5B-powered A320s and the airlines confirmed order of 44 A320 aircraft is schedule to begin delivery later this year.  Air Arabia, which serves more than 60 destinations across Europe, the Middle East, Africa and Asia, was ranked first on Aviation Week’s TPC chart as 2009 world’s best LCC.

CFM56-5B engines are a product of CFM International, a 50/50 joint company between Snecma (Safran group) and GE. CFM, the world's leading supplier of commercial aircraft engines, has delivered more than 21,500 engines to date and the fleet has achieved more than 500 million flight hours as the most reliable engines in the air.

The precursor to the modern mall, Istanbul's Grand Bazaar (or Kapalıçarşı) is among the largest covered markets in the world.  It has been an important trading center since the mid-fifteenth century.  Sultan Suleiman the Magnificent oversaw a vast enlargement of the bazaar in the 16th century.  Today there are more than 5,000 shops attracting 250,000 visitors daily. Even if you...

This beautiful enameled clock was built five hundred years ago. When it was assembled, the hour would be struck by two Moor figures and three wise men along with an angel would walk out and bow to the Virgin Mary on Epiphany (January 6) and during Ascension Week (40 days after Easter). On the clock tower, a caption is engraved which says ‘horas non numero nisi serenas’ meaning "I only count happy ... 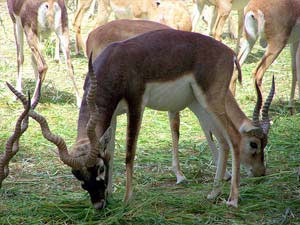