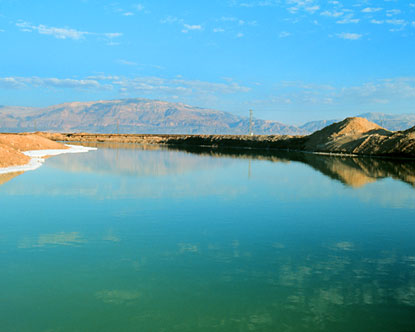 A Jordanian company owned by HH Sheikh Faisal bin Sultan Al Qasimi has signed an agreement  to develop a new tourist project, Jewel of the Dead Sea, at a cost of $ 200 million, as stated by the Jordan News Agency.

The head of the Development Areas and Free Zones, Dr. Bilal Bashir spoke to the press during the signing of the Convention, stating that the project was testament to the importance of the Dead Sea area as a tourism area. Its development attracted quality investors both local and other GCC nationals.

The agreement includes the development of an integrated recreational tourism project which is located on the east side of the Dead Sea on an area of about 140 acres.

The Great South Gate is one of the symbols of Seoul and is the most prized treasure of the country. It is a two -tiered pagoda style roofed gate made with stone and wood. This gate served many purposes; it greeted visitors to the city, kept away wild animals and prevented outsiders from entering the city. It looks stunning at night when it is floodlit. The nearby Namdaemun Market is a great place ...