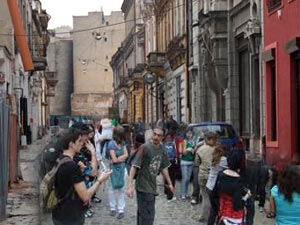 Romanians are ranked as one of the friendliest people in the world. They are recognized as cheerful, fun loving, warm, hospitable and witty. These characteristics explain the tremendous nightlife that Bucharest has in the form of bars and night clubs. However, the rich history that the country is tied to has led the locals to have a strong belief in ethics, culture and traditional values. Bucharest has also bred great sportsmen, artists and heroes of the likes of Constantin Brancusi, Angela Gheorghiu, Nadia Comaneci and  Eugen Ionesco to name a few.
Bucharest has a growing population of youth and teens that is well educated and urbanized. It is these people who are the future for Bucharest and will carve its way for higher ranks among tourism and economics.